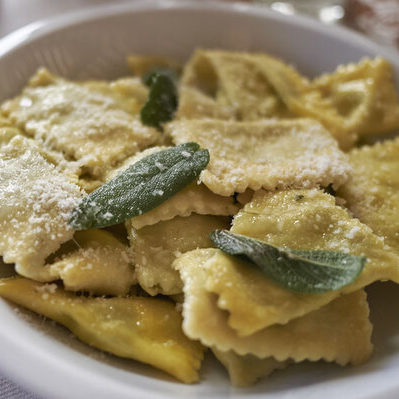 Sage (Salvia officinalis) is an herbal plant with leaves used as a seasoning or spice. A member of the mint family, this herb is also known as common, garden, or kitchen sage. The herbal leaves are greyish green, and have a distinctive and pungent flavor.

Some common ways to use this, include:

This herb has a long history, and was used as a medicinal plant in ancient civilizations. It is native to the Mediterranean region, and was utilized by ancient Romans to aid digestion and by ancient Egyptians for fertility. The ancient Greeks and Romans also used the herb to preserve meat. Pedanius Dioscorides, a Roman physician, noted that it was one of the most important herbs of the time.

Tea brewed from this herb was very popular in France, and the Chinese later adopted this practice, trading green tea for sage tea. Charlemagne promoted the use of this herb, and ensured that it was grown in all monasteries, a practice that is followed to this day. Nowadays, it is a popular herb that is used throughout the world to increase flavor.

The official name of this herb, Salvia officinalis, comes from the Latin word ‘to heal’ and was used extensively as a medicinal herb. Also, it was traditionally used to treat digestive problems, respiratory problems, such as bronchitis, asthma, and cough, as well as inflammation and other maladies. The antioxidants in this herb actually do help in treating the previously mentioned ailments, and may also delay age-associated cognitive decline. Moreover, this herb helps in combating diseases such as depression, dementia, obesity, diabetes, lupus, cardiovascular diseases, and cancer.

It is rich in several micronutrients, including the key vitamins A, C, E, and K, as well as B-complex vitamins such as folate, niacin, pyridoxine, riboflavin, and thiamin. In addition, it contains minerals such as potassium, calcium, copper, iron, magnesium, manganese, and zinc. Also, it is a rich source of flavonoids and polyphenolic compounds.

One tablespoon (2g) of sage contains: 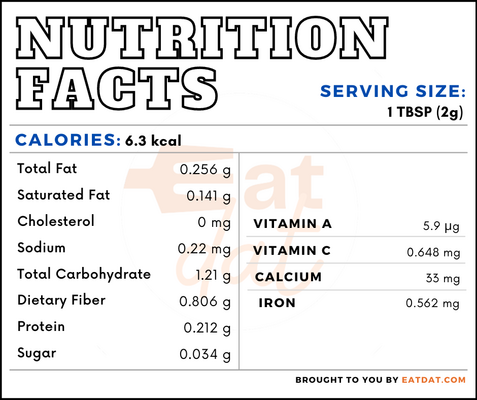 Most sage in the world is still collected from the wild. However, there are sizable cultivations in the countries of Albania, Bulgaria, Croatia, Germany, Poland, Romania, Serbia and Montenegro, Spain, the USA, Bosnia and Herzegovina, Croatia, Morocco, and Turkey. In order to cultivate this herb, well-drained soil and good sunlight are required. While harvesting, some stalks must be left untouched, so that the plant can rejuvenate. Also, the plants should be replaced every few years.

This is best consumed fresh, but it can be stored frozen or dried. It will keep for about one week, if kept in the refrigerator, wrapped in plastic or in an airtight box.

This herb has a strong flavor, and is used extensively in cooking and baking. It is often paired with other herbs for a medley of flavor. Also, it is known for its Christmas connotations, since it is used to prepare holiday stuffing and meats. Here are a few recipes to try:

This herb falls under the category of food that is generally recognized as safe (GRAS). Also, sage is classified under spice and other natural seasonings and flavorings.