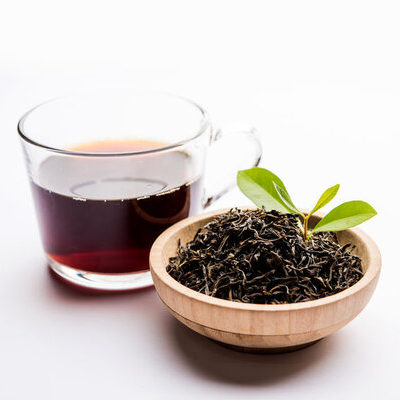 What is Black Tea?

Black tea is a beverage that is prepared by boiling tea leaves in hot water. Depending on the taste of the tea drinker, sometimes milk and sugar can be added to this beverage. Black tea comes from the tea plant, camellia sinensis. It differs from other types of tea by undergoing more oxidation during the processing stages.

The top 10 most popular brands around the world are:

Tea originally comes from China with tea drinking originating in southwest China as early as the 2nd century BC. It has often been used as a medicine throughout the ages. Tea was originally consumed as green tea. In China, this was known as red tea and was only discovered in the mid-17th century. The story goes that when an army from Jianxi camped near a tea factory, the tea production was delayed. The tea leaves remained in the sun for longer and the prolonged oxidation turned the leaves darker than usual.

As a result, a farmer placed the leaves over a wood fire, resulting in the Lapsang Souchong, the first black tea. The first use of tea leaves in India was recorded in 1662, and was most likely brought to western India by Chinese traders. Tea production gained traction in India in the 1820s, when the British colonizers started to set up large scale tea plantations. Britain started tea plantations in other colonies such as Sri Lanka, Kenya, Mauritius,  and South Africa, leading to the current day popularity of this beverage around the globe.

Nutritional value of one cup (2g): 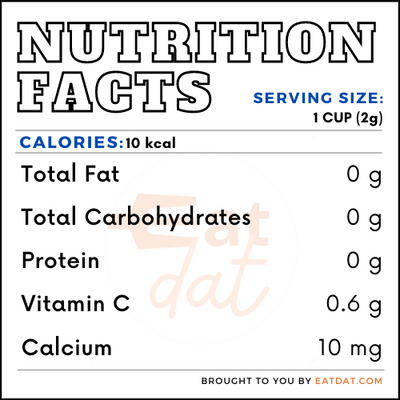 Black tea contains plenty of polyphenols and flavonoids that provide protection against the onset of several chronic diseases. Drinking black tea on a regular basis can help in reducing the risk of cardiovascular disorders, hypertension, stroke, kidney damage, atherosclerosis, diabetes, and cancer. However, black tea must be consumed in moderation. Overconsumption of caffeine can lead to insomnia, diarrhea, tremors, heartburn, and even dizziness.

Tea requires loose and deep soil and is grown best at high altitudes in sub-tropical climates. India, Kenya, and Sri Lanka are the three highest producers in the world. There are five steps to the processing of this tea, after the green leaves are harvested.

The first step is withering in which the moisture in the tea leaves is reduced. Then, the tea leaves are cut and rolled, which begins the oxidation process. After that, the leaves are then fermented until they begin to produce their unique aroma and color. Finally, they are dried and sorted before being packaged.

Black tea leaves must be stored in airtight containers away from direct sunlight in a cool and dark place. If these basic precautions are followed, this tea can retain its taste and aroma almost indefinitely.

This tea is versatile and can be prepared in different ways, as well as used to make certain dishes. Here are a few tea recipes:

The FDA has standards and specifications for the tea bags or infusers, which must be adhered to. The USDA covers all other aspects of tea production, import, and packaging. It describes black tea as fully fermented, dry tea and specifies different labels for different sizes of black tea but selling tea dust is not allowed. The USDA also governs instant tea mixes, including green tea, flavored black tea, and decaffeinated ‘tea’. However, all tea processing must be done in accordance with the sanitary and safety requirements of the FDA.

Agnieszka Kosińska, Wilfried Andlauer, in Processing and Impact on Antioxidants in Beverages, 2014
https://sciencedirect.com/science/article/pii/B978012404738900012X