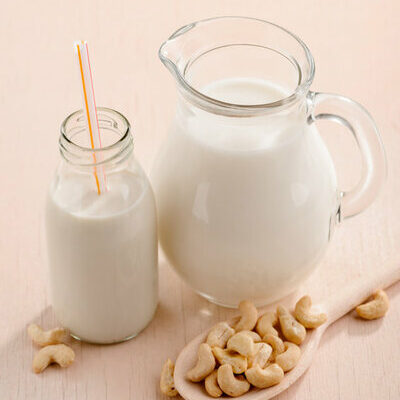 What is Cashew Milk?

Cashew milk is the liquid extraction of raw cashews made by blending the nuts with water and then straining them. The liquid obtained by this process is known as cashew milk, though like almond milk, it is not a dairy product. Cashew milk has a mildly sweet, nutty, and rich flavor, plus a creamy texture. This nut milk is often used in the same way dairy milk is used.

The top 7 most popular cashew milk brands on the market include:

Though cow’s milk (and other animal milks) have been consumed for centuries, the first mention of any type of nut milk was almond milk and appeared in a recipe book from Baghdad in the 13th century. Also, Egyptian and English recipe books of the 14th century mentioned almond milk. However, coconut milk is thought to be older, with different Asian cultures using it as far back as 2,000 years ago. Cashew milk is believed to have been developed in modern times due to the popularity of almond milk. 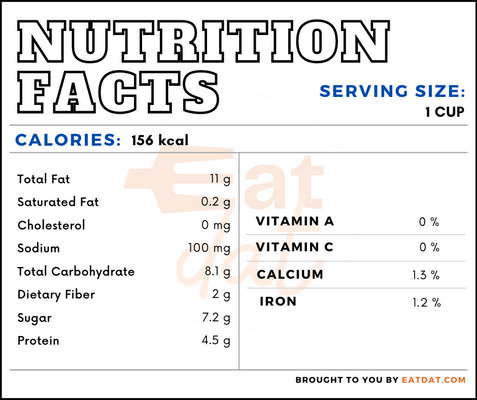 Cashew nut milk contains protein and is often enriched with calcium and vitamin D. Also, it provides a decent dose of vitamin B12. In addition, cashews offer protection against cardiovascular diseases and inflammation. These nuts and the milk made from them may assist in fetus development. Nonetheless, some people may be allergic to cashew milk, which can trigger severe immune reactions.

Some people make plant-based milks at home but the demand for commercial nut milk is high. To produce cashew milk, first the cashews are harvested and selected for quality. Then, they are shelled and roasted. After that, they are soaked in water and salt and then ground to a paste. Next, water, thickeners, and stabilizers are added to the paste to prepare the beverage. Finally, the pulp is strained out and the milk is often pasteurized.

An opened carton or bottle of cashew milk can be stored in the refrigerator for up to 10 days. It must be kept in an airtight container for best results. Also, this type of milk can be frozen.

This milk is frequently used as the base for curries and savory sauces. Additionally, it may be used for preparing desserts and sweets. In addition, cashew milk is useful in preparing smoothies and other creamy beverages. However, the most common usage of cashew milk is as a substitute for dairy milk. Here are a few recipes:

Non-dairy milk is technically not classified as ‘milk’ in the US since only the lacteal secretion from cows free of colostrum can be labelled as such. Serious attempts have been made by the FDA to rule out any non-dairy product as milk, which has left alternative milk products, including nut milk undefined and unclear. However, nuts, or tree nuts, are graded and standardized by the USDA, which specifies the quality of the nut product. The provisions for this include all the different nuts mentioned above.