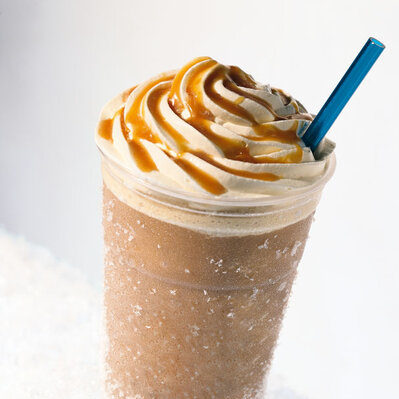 What is a Frappe?

A frappé is a cold blended beverage with a name derived from the French verb frapper, which means “to hit” or “to strike”.

This cool beverage is very popular in Southern European countries such as Greece, Cyprus, France, and Italy. In the United States, this beverage was popularized by the retail chains and is also known as a frappuccino.

According to Delish, the top 10 best frappuccino flavors at Starbucks are:

The 19th century witnessed a flurry of coffee-based beverages referred to as “café frappé”; however, the drink that inspired the modern-day frappé was born in 1957. The story goes that this beverage was invented by accident at the International Trade Fair by a Greek man named Dimitris Vcondios. In 1979, this cream beverage became officially known as the frappé and was the national coffee beverage of Greece. By the 1990s, this drink became popular in the United States when retail chains began serving it. Today, this creamy beverage remains one of the most popular drinks ordered in coffee shops across the US.

A single serving (25g) of a Nescafe frappé can have: 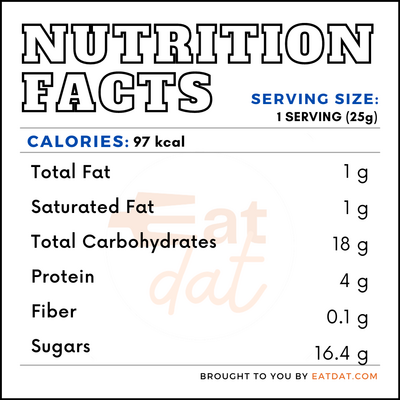 This cool drink doesn’t provide any vitamins or minerals, making it technically devoid of nutritional benefits. However, the coffee in this beverage can offer health benefits such as improved mood and a boost in energy levels. This creamy beverage may be a nice treat on a hot day but should be consumed in moderation due to its level of added sugars. Overconsumption of added sugars has shown to lead to heart disease, diabetes, and other health issues.

To make a frappé, you need a high-powered blender, although it is also possible to crush the ice manually. When sweetening this beverage, it’s better to create a sugar syrup as that will give the drink a smoother texture. For a classic coffee frappé, pour coffee into the blender with 2-3 scoops of ice. Then, sweeten the beverage to your preference with the sugar syrup and turn on the blender. Finally, blend until the drink is foamy and, if you like, you can sweeten the deal with a scoop of ice cream on top.

This creamy beverage can be adjusted to suit any palate. Here are some popular flavors:

While the Food & Drug Administration does not have any regulations which mention frappé specifically, it does regulate its ingredients. The FDA has a specific procedure for how coffee beans can be roasted and strictly regulates the importation of coffee beans. Furthermore, the FDA also regulates cacao products and specifies that they must have a fat content of less than 22% but not less than 10% by weight. The FDA’s standard of identity for milk is the lacteal secretion of cows and the processing of this drink is strictly regulated, as well.