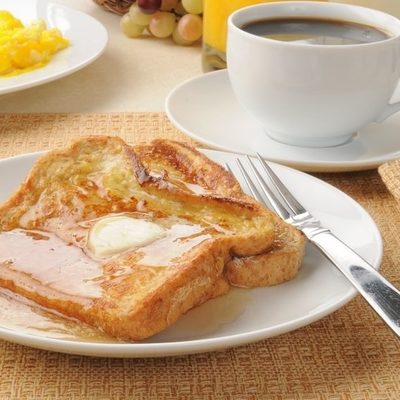 What is French toast?

French toast is an age-old recipe that involves dipping bread in an egg-and-milk mixture then pan frying it. After pan frying, it’s usually served with syrup, powdered sugar, or cinnamon and accompanied by bacon, sausage, or ham.

According to TheKitchn, the four best types of bread for French toast are:

While the name French toast is quite modern, traces of this centuries-old dish lay all over Europe. Ancient Romans consumed a food similar to it in 500 BC, according to a recipe in the book of Apicius. At the time, this dish was called “pan dulcis”, or sweet bread. In Germany, a dish of fried toast called “arme ritter”, or poor knights, dates back to the 14th century. A recipe similar to “pan dulcis,” called “lost bread” appeared in the court of Henry the V in the 15th century.

In France, this toast is known as “pain perdu”, or lost bread, as it was made with leftover stale bread. The name French toast can be traced back to 17th century England from where the recipe was brought to America by settlers, later appearing in print in The Encyclopedia of American Food and Drink in 1871. Today this toast is enjoyed all over the world. This toast is well-known around the world and goes by many names from “eggy bread” to “Poor Knights of Windsor”. Although various nations have their own way to enjoy and refer to this classic dish, they all still combine bread, eggs, and milk, as well as sweet and savory flavors in one delicious dish.

This is a revered breakfast food, but its traditional recipe is far from healthy. One slice can contain: 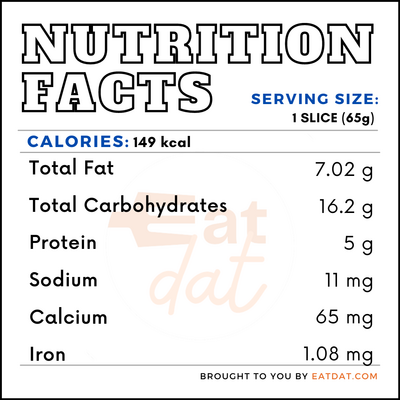 Anyone looking to enjoy a healthier version of this toast can make some simple swaps, such as choosing to use whole wheat bread or fresh fruit instead of sugar or syrup, or even frying in less oil.

It is often made fresh at home or in restaurants, but it’s also commercially produced and packaged for sale. When commercially produced, this toast is processed through product plants from companies that make pancake batters, sausages, and other breakfast foods. In 2017, Pinnacle Food Inc., the umbrella company for famous brands like Aunt Jemima and Hungry Man, was forced to recall various food products due to possible contamination. Several of these foods were frozen products and may have been contaminated by listeria monocytogenes. While this is not a normal occurrence, listeria monocytogenes is an organism that has been shown to cause serious and, in extreme cases, fatal infections in young children, the elderly, and people with weakened immune systems.

As this toast combines egg and milk to make a satisfying batter, it’s vital to ensure these foods are safe to consume. To ensure that eggs are safe to consume and free of salmonella, they have to be stored properly. Milk should also be kept constantly cool with close attention paid to the best by date.

French toast is a classic breakfast enjoyed by many. Here are some popular renditions of it:

The FDA recommends that anyone consuming egg products be wary of salmonella. When handling egg products, such as this one, consumers should wash their hands properly, sanitize utensils and work spaces, as well as store these products separately. When cooking and serving, it’s best to follow the safety guide indicated by the FDA.

Assuring the Safety of Eggs and Menu and Deli Items Made from Raw, Shell Eggs, U.S. Food and Drug Administration, https://www.fda.gov/media/77724/download