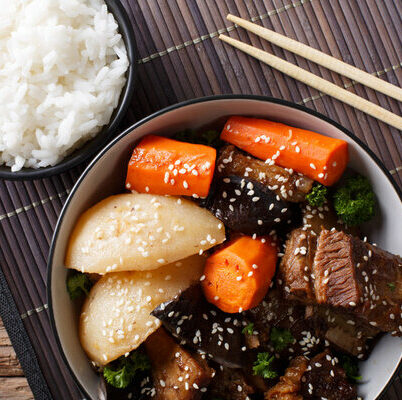 Galbi is a Korean dish that is an important part of Korean barbecue culture. It involves grilling of beef short ribs after marinating in a flavorful sweet and savory sauce.

The meat is tender and juicy and has a reddish brown color of roasted meat. It has a sweet and salty flavor from the mixture of mirin and sugar, plus soy sauce.

Some of the most popular Korean barbecue dishes include:

This dish is believed to have originated in the Gyeonggi-Do province of South Korea in the 1940s. Suwon had the largest cattle market in the country at the time, and several beef dishes were invented during that period. Galbi was first served in a restaurant called Hwachunok. Shortly after that, this short ribs dish began to gain popularity. Today, kalbi remains a staple in the world of Korean barbecue. 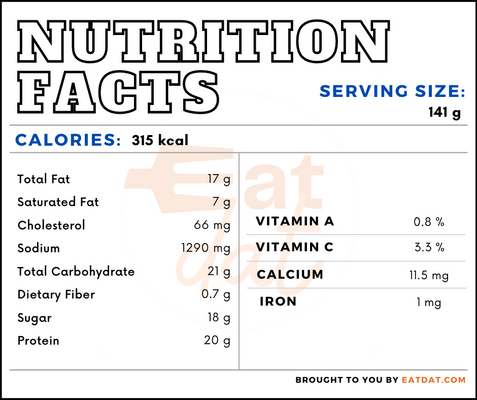 High beef consumption can lead to diseases such as colon cancer, inflammatory diseases such as atherosclerosis, diabetes, rheumatoid arthritis, macular degeneration, as well as infertility. However, if consumed in moderation, beef is a nutrient-dense food that increases the bioavailability of certain micronutrients.

Traditionally, the cut of meat used in galbi is the English-cut short ribs (wang-galbi cut), though the LA cut has also become popular. Ideally, the meat is marinated in a mixture of Asian pear and cooking alcohol or vinegar to tenderize it. Other ingredients used may be garlic, ginger, sesame oil, sesame seeds, and soy sauce. Then, sugar or honey is used to add more sweetness to the dish. Once marinated thoroughly, the meat is then grilled. It is usually served with rice, or some type of banchan, pickled Korean dishes, or Korean salads. Gochujang or ssamjang may also be served along with this.

This dish basically refers to the cut of beef in Korean cuisine. It is often served barbecued but may also be used in other dishes. Here are a few recipes:

The USDA regulates all meat products, including beef, which is defined as meat from full-grown cattle about 2 years old. The main cattle breeds used for producing beef are Angus, Hereford, Charolais, and Brahman. In the US, hormones are allowed to promote the growth of cattle. Grading of beef is voluntary and is graded as Prime, Choice, and Select.