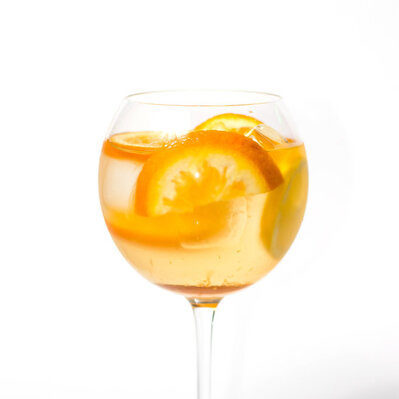 What is a Screwdriver?

The screwdriver is a cocktail prepared by mixing orange juice with vodka, usually in the ratio of 2 to 1 respectively, and served with a wedge of orange. It is considered a highball drink and often served in a highball glass. The drink has a signature orangish yellow color and a distinctive taste of freshly juiced orange. There are several variations to the cocktail, many of them including liqueurs such as sloe gin, whiskey, and blue curaçao.

Other popular cocktails that use orange juice include:

This cocktail has the distinction of being one of the first cocktails to be made using vodka. The name of the drink comes from one of the possible theories about its origin. Legend has it that Americans working in oil rigs in the Persian gulf secretly poured a little vodka into their orange juice and, lacking spoons, would stir it with a screwdriver. Another story claims that the drink was invented by American marines in World War II. Also, Time Magazine in 1949 ran a story citing a joint collaboration of Turkish intelligence agents, Balkan refugees, and American engineers at the Park Hotel in the invention of the drink.

Nutritional profile for a screwdriver (1 glass): 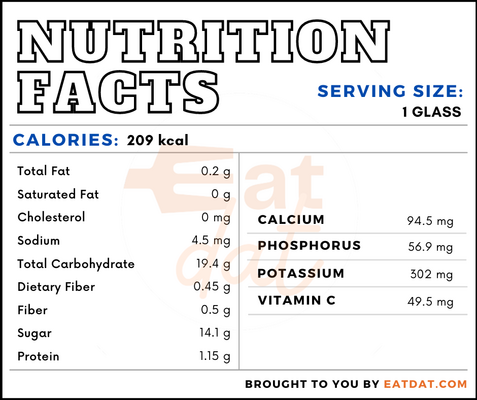 However, drinking vodka on a regular basis can have long-term health effects. Overconsumption can affect the brain’s functioning patterns and lower a person’s immunity. Liver cirrhosis, pancreatitis, high blood pressure, stroke, and different types of cancers can also result from excess alcohol consumption.

Since the screwdriver contains only two ingredients, it is best to use good quality vodka and fresh orange juice. First, ice goes into the highball glasses and the ingredients are added and stirred well. Then, the drink is garnished with a slice of orange or a maraschino cherry. Some popular variations of this cocktail are the Tequila Sunrise, Mimosa, Greyhound, Cape Codder, and Bloody Mary.

This usually consumed as a cocktail but may be used in baking desserts, as well as in marinades. Here are a few recipes to try:

All alcohol products except artisanal products fall under the purview of the TTB (Alcohol and Tobacco Tax and Trade Bureau) in the US. Vodka is defined as a neutral spirit distilled with charcoal and without any distinctive character, aroma, taste, or color. The TTB strictly regulates the production and import of alcohol, which must have 95 percent ABV and be bottled at no less than 40 percent ABV. The FDA defines orange juice as the unfermented juice obtained from mature oranges. The juice must not contain seeds, peel, or excessive pulp. Moreover, orange juice must have at least 11.8 percent concentration.

Emily Bell, The History Of The Screwdriver, Vine Pair, https://vinepair.com/wine-blog/the-history-of-the-screwdriver/