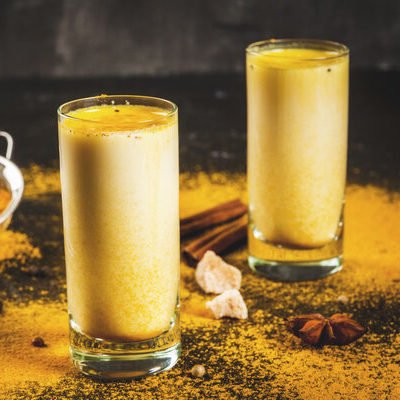 What is Turmeric Masala Milk?

Turmeric masala milk is a milk recipe that is made with two main ingredients, turmeric and milk.

Turmeric masala milk is of Indian origin and is commonly consumed in northern India during winter in order to prevent colds and for better sleep.

The most popular winter drinks in India are:

The origin of turmeric can be traced to 2,500 BCE in New Delhi, India. Turmeric infused milk has long been a staple remedy for inflammation, depression, and insomnia in ancient schools of medicine in India such as Ayurveda, Unani, and Siddha. These concoctions have been popular in India for more than 5,000 years. In recent years, turmeric masala milk has become a café favorite in many countries. The current popularity of the turmeric root has led to increased consumption of this and other turmeric-based beverages, such as turmeric juice.

The nutritional value for one glass of turmeric masala milk: 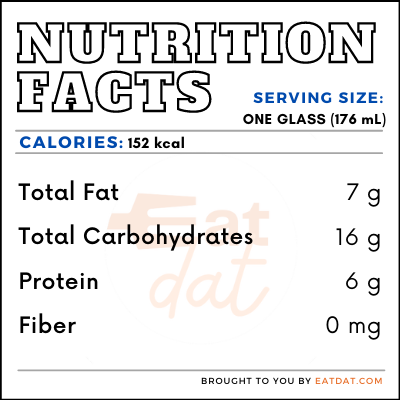 Milk is a good source of protein and calcium, as well as a host of micronutrients, including phosphorus, magnesium, sodium, potassium, and sulfur. Consumption of milk might reduce childhood obesity and instances of type 2 diabetes. It also helps in reducing the risk of cardiovascular diseases, stroke, osteoporosis, and some types of cancers. Turmeric contains curcumin, which is a polyphenol that is beneficial to health and may reduce inflammation, arthritis, soreness, and anxiety. Ingesting turmeric on its own provides none of these benefits because of its poor bioavailability but when combined with other ingredients, such as black pepper or milk, it’s bioavailability increases manifold.

This turmeric beverage is a staple of the Indian diet and can be made with variations. Here are a few recipes:

Milk comes under the purview of the FDA, which defines it as the lacteal secretion of healthy cows. Milk must be free of colostrum and must be pasteurized. Furthermore, the FDA defines turmeric as a color additive made from grinding the rhizome of Curcuma longa L.