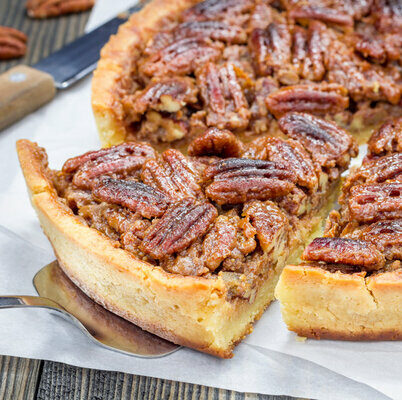 What is Pecan Pie?

Pecan pie is an American dessert made with a filling of pecans, eggs, butter, and sugar. Other sweeteners may be substituted for sugar. Flavorings such chocolate and vanilla may also be added. It is most often served with whipped cream, ice cream, or even hard sauce.

The most popular American pies are:

This pie is of American origin and was invented in the 19th century. Pecans are native to North America and were an important element of Native American diet. European colonists discovered that they were suitable for baking and the pecan pie was invented in New Orleans by French settlers. The earliest references to this dish is from Texan cookbooks in the 1870s. It became extremely popular throughout the US by the 1920s, and is still quite prevalent throughout the country. This pie quickly became a Thanksgiving special because pecans were usually harvested from September to November. 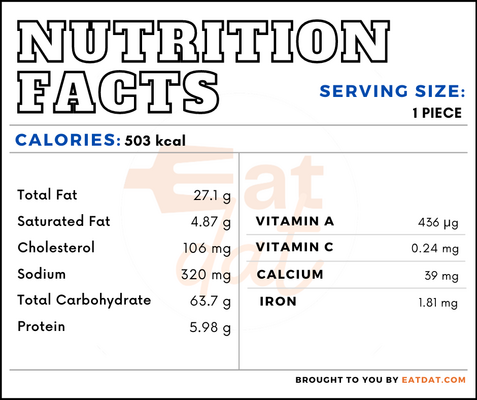 Pecan pie is rich in micronutrients such as phosphorus, potassium, sodium, and vitamin A. Additionally, it contains calcium, magnesium, selenium, folate, folic acid, retinol, carotene, and fatty acids. Pecans are a highly nutritious food that help in reducing the risk of cardiovascular diseases, diabetes, and breast cancer, and in increasing mortality. They assist in reducing LDL and have the property of increasing bioavailability of other foods.

All-purpose flour comes fortified with vitamins and minerals such as iron, riboflavin, folic acid, niacin, and B vitamins. Also, this flour contains simple carbohydrates, due to the stripping of the outer layers which breaks down the carbohydrates, and has a high glycemic index. Refined grain intake is connected to an increased risk of cardiovascular disease, type 2 diabetes, and obesity.

The production of pecan pie begins with making flour into a dough and rolling it out into a crust. Then, chopped pecans are layered on the crust and a mixture of eggs, butter, sugar, salt, and other flavoring agents such as chocolate or vanilla are mixed together and poured on top of the pecan layer. After that, the pie is covered with more dough and baked. Finally, it is allowed to cool and served with whipped cream or ice cream.

Pecan pie must be cooled before being stored in the refrigerator, and has a shelf life of up to 4 days. If frozen, it will keep for up to 3 months.

This pie can be versatile and different flavors may be added to it. Here are a few recipes to try:

The FDA defines flour as food prepared by grinding and bolting cleaned wheat, and regulates its processing and packaging. Though the FDA has no specific standard of identity for pecans, the United Nations Economic and Social Council (UNESE) defines pecans as cultivars grown from Carya illinoensis and intended for direct consumption. Furthermore, the USDA defines grades for pecans.